A riddle, presented to Archie Bunker in the television show All in the Family, left me befuddled as a child in the 1970s. What’s your answer?

A man and his son are in a serious car accident in which the father dies and the son is severely injured. As the boy awaits surgery in the operating room, the surgeon enters and immediately says, “I can’t operate. This is my son.” Who is the surgeon?

Are you perplexed? Is it completely obvious to you? For many people today, the answer is obvious and immediate: The surgeon is the boy’s mother.

Neither Archie Bunker nor my 10-year-old self could conjure that answer. Instead, we pursued convoluted paths, never questioning our unconscious assumption that the surgeon was a man (and we didn’t even consider the possibility that the surgeon could be the boy’s second father in a family parented by two gay men).

We have come a long way. Yet there is more progress to be made, as we learned in an unintended social experiment we conducted in a recent leadership program. 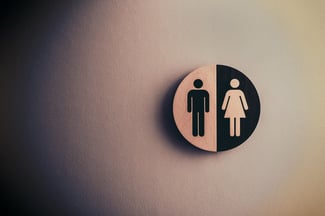 For over a decade, Insight Experience has been supporting a large Silicon Valley company, prepare their emerging leaders for expanded leadership roles in one of our Executing Strategy programs. Hundreds of leaders have experienced this program, and alumni of the program nominate their promising staff to participate.

An essential element of this program is a series of role-plays in which the coaches and facilitators play multiple roles in the simulated company. While recently refining the program, we decided to create each character without identifying their gender. This allows any faculty member to step into the role of any character without distractions caused by gender mismatches between the characters and the role-players.

We chose to use the gender-neutral names Chris and PK for two General Managers; Amanpreet and Alex for two Senior Leaders; and Pat for a Director role. I wrote the biographical sketches and scenarios without ever using a personal pronoun. (I consider this one of my minor superpowers.)

Having launched our new and improved program, featuring our gender-neutral profiles, we have noticed that leaders tend to assume that these fictional leaders are men, even when interacting with a woman playing the role. As I debrief a role-play, team members refer to my character using the pronoun he. This continues even after I clarify the gender-neutral names and note that, because I am a woman and I am playing Chris, the character Chris is a woman.

The power of social conditioning is relentless. Messages about gender dig in early and stubbornly persevere, creating the infrastructure of our unconscious bias. These biases show up unbidden, such as when I am surprised that New Orleans Mayor Cantrell is a Black woman; startled when I’m connected to the nurse’s station and hear a masculine voice; and confused when the pronoun she comes after the word filmmaker. I don’t realize I have an expectation until that expectation is not met. 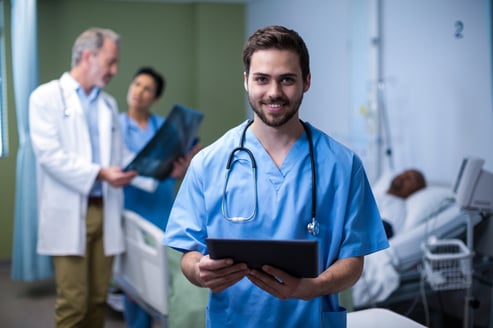 Due to years of society’s meticulous training, one for which I never registered, I cannot control which unconscious thoughts spring forth. However, I can choose what to with the thoughts when they enter my consciousness and make themselves visible.

I want to treat these discoveries with curiosity and care rather than condemnation and censure. This is challenging, because the cultural tendency toward right/wrong binaries invites me to label these biased thoughts as “bad” and “wrong.” (It’s difficult to see the many layers of unconscious biases that exist, and this is all the more reason to be kind to ourselves.) It’s one thing to think, “Wow, look at my assumption. That doesn’t line up with my values or my reality.” It’s another thing to think, “Wow, what is wrong with me? That’s not how I’m supposed to think.” The first thought opens me up, and the latter one shuts me down.

As leaders, we are called to notice bias in our teams and organizations as well as inside ourselves. We need to balance a candid identification of biases that we notice with careful attention to everyone’s needs, most importantly the person harmed or excluded — but also the person surprised by their unconscious biases.

At Insight Experience, we seek to learn through reflection and refinement, and examining our biases is a vital part of that. I am now an avid collector of female oriented gender-neutral names, such as LaShawn, Whitney, and Jaya. In another recent enhancement of the program, we named a new character Robin to spark images of women leaders, while leaving room for a male role-player to justifiably appear. I am curious to see which assumptions will accompany these names.

We design our leadership programs to support a learning culture. In simulated organizations where participants work in teams, individuals have the opportunity to face challenges and discover outcomes based on decisions. They get to “catch themselves being themselves” in the team dynamic. They then have the chance to reflect, all with support from their teams and our faculty. How might you cultivate a similar learning culture with your teams?

Want to learn more about how this Insight Experience Executing Strategy program has been successfully delivered in-person and virtually? Click below. Why Use a Business Simulation?